spoofs the controversial pay-to-audition acting workshops. In what Daily Variety called "one of Hollywood's best kept dirty little secrets," struggling actors continue to pay thousands of dollars per year to be seen by film and television casting directors, all in the hope of landing that one-line “he-went that-a-way!” role on television.

spares no one, taking a poke at actors and casting directors alike. We follow Lori Horhind, assistant to the associate to the real casting director for the hot new television series “Malibu Surfer Cops.” Lori gives an “educational” workshop to some grizzled character actors, along with a few first-time actors just off the bus. Lori, a failed actress herself, but now on a power trip, learns a bitter truth as she rides the casting director “circuit.”

A comedy that
makes a point
A wicked spoof of
pay-to-audition acting workshops. Written produced and directed by Rob McCarthy! 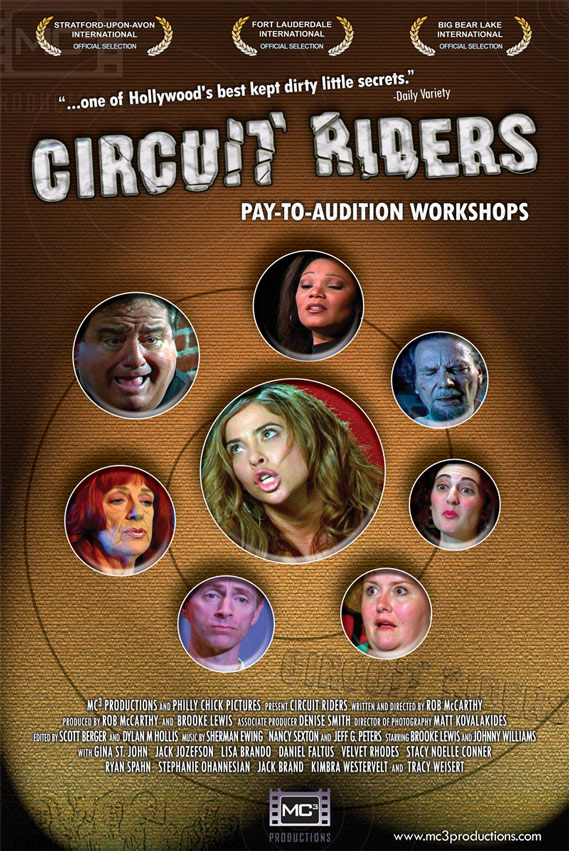